The 10 Bad LARPs series is an anthology of terrible larp ideas which run back-to-back, each for a very short time (usually either ten minutes or one minute). The series, which includes four separate anthology games, contains a wide variety of tasteless and deliberately flawed designs, contributed by a large set of authors.

Every larper and larp creator has slightly different ideas about what they consider good larp design. Conversely, in a group of multiple larp authors, each will have their own views on what makes a larp “bad.” The 10 Bad LARPs series, by virtue of its relatively large set of writers, represents a diversity of types of “badness.”

In the context of a 10 Bad LARPs game, ideas that would obviously never work in a full-length larp (at least in someone’s opinion) become playable and even enjoyable. Why is this? How can we apply these phenomena to the design of other larps?

I read through each game from the original 10 Bad LARPs, its sequels, and the “apocrypha” (games that were cut in revisions to each of these collections). This was a total of 68 games.

While reading each game, I assigned a set of “tags” to it, attempting to identify common elements. I focused in particular on elements that made the content offensive and elements that I consider generally good and bad in theatre-style larp design, but also assigned tags for things that are commonly found in 10 Bad LARPs games. In addition, I noted the author of the game and its length in minutes.

Through this process, I developed a set of categories of “badness” found in the 10 Bad LARPs series as well as some ways in which these flaws are mitigated.

For the purposes of this analysis, I looked at elements in 10 Bad LARPs games which, if present in most mainstream theatre-style larps, would generally be considered problems for the game’s design. The following categories of design flaw were identified in the tag analysis:

Impossible goals: The game asks players to attempt to achieve certain goals, but these goals cannot be achieved.

Insufficient mechanics: The game asks players to achieve goals in opposition to other players, but this conflict cannot be adequately adjudicated given the game’s mechanics.

Unsustainable premise: the conceit of the game is too ridiculous or too unbelievable to be maintained for a full-length game.

Undermines own premise: The conceit of the game would be sustainable if not for other elements present in the design.

Incoherent: The game is self-contradictory, nonsensical, or impossible to understand given the materials contained therein.

Misleading: The game appears to be one thing but turns out to be something else.

Too little time to work: The action of the game cannot fit into the time allotted.

Too much time for game: The action of the game cannot fill the time allotted.

Zero interaction: The design of the game prevents character interactions that would be enjoyable if allowed.

Zero characters: The characters in the game are too thinly written to be possible to roleplay without significant additions on the player’s part.

Zero goals: The characters in the game have insufficient motivations provided to occupy them for the duration of the game.

To illustrate two of these flaws: Amnesia: The LARP, from 10 Bad LARPs in 100 Bad Minutes, is incoherent because it consists of a set of nonsensical character sheets and a set of equally-nonsensical “memory” cards to be handed out randomly at intervals. Additionally, it is misleading, because the memory cards are deliberately suggestive of larger plots that are not actually present in the game.

12 Players In Search of a LARP, also from 10 Bad LARPs in 100 Bad Minutes, consists simply of a sheet labeled “Setting:” with no other text, and twelve sheets that say “Character:” with no other text. Therefore, it contains zero characters and zero goals.

Another element in the 10 Bad LARPs design toolkit is offensive premises. Many of the 10 Bad LARPs games incorporate direct references to real-world tragedies, such as the September 11 attacks, the Challenger explosion, and the Holocaust. Other games ask players to portray cartoonishly exaggerated versions of racists, sexual predators, and real-world religious zealots.

On a personal note, I don’t feel as comfortable with this content today as I did when I co-created it. This content can be exclusionary for some players, and additionally, the extent to which 10 Bad LARPs leans on relatively easy moral shocks for comedy is perhaps too great.

That said, 10 Bad LARPs largely punches up, and most of its offensive games use the shocking content for some satirical purpose. For example, The All-Jesus LARP irreverently highlights how various cultures have seen Jesus through history, Bid Committee satirizes problematic elements in actual larps, and Naptime 9/11 accentuates the tragedy and horror of the event rather than trivializing it.

Do the offensive elements in these games serve as design flaws, or help the games work despite themselves? According to the tag analysis, offensive games are much less likely than non-offensive games to contain any of the identified categories of badness, so the design intent seems to be for offensiveness itself to be “bad.” However, these offensive elements have become so strongly identified with the 10 Bad LARPs brand that it seems clear that many players enjoy the shock humor on its own merits. Therefore, it seems that offensiveness acts both as a category of badness and as a selling point.

Despite containing numerous elements which would generally be considered larp design flaws, the games of 10 Bad LARPs use other strategies to make the experience enjoyable, thereby mitigating the problematic elements. The tag analysis also identified the following categories of mitigating design factor:

Built-in structure: The game provides a sequence in which events are expected to occur.

Emergent interactions: Characters are set up to play off one another in ways that are not obvious to any one player.

Improv: Players are encouraged to make up significant game content on the fly.

Meta: The game references itself, its own genre, or its own form.

Opposed goals: Characters have mutually-exclusive goals their players are expected to attempt to achieve, or the game itself opposes character goals without making them impossible.

Premise is a joke: The game’s title and/or setup are inherently funny.

Punchline: The game’s setup, combined with a factor that will appear later in the game, forms a joke.

Puzzle: The game contains a mystery that can be solved by players.

Secrets: The game distributes important knowledge only to some players.

Amnesia: the LARP, through its misleading memory cards, causes players to see patterns (that are not intentionally present in the game’s design), and eventually form a theory of what is happening in the game. This is a form of emergent interactions.

12 Players in Search of a LARP is meta in that its title self-referentially describes the adiegetic experience of playing the game. Its premise is also a joke, since the experience of receiving an entirely blank setting and character sheet is (possibly) funny.

The mitigating factors help explain why design flaws do not necessarily render a game unenjoyable; however, they do not fully explain why the games are enjoyable. Indeed, by the traditional standards of secrets and powers larps, most of the 10 Bad LARPs games would be considered failures. 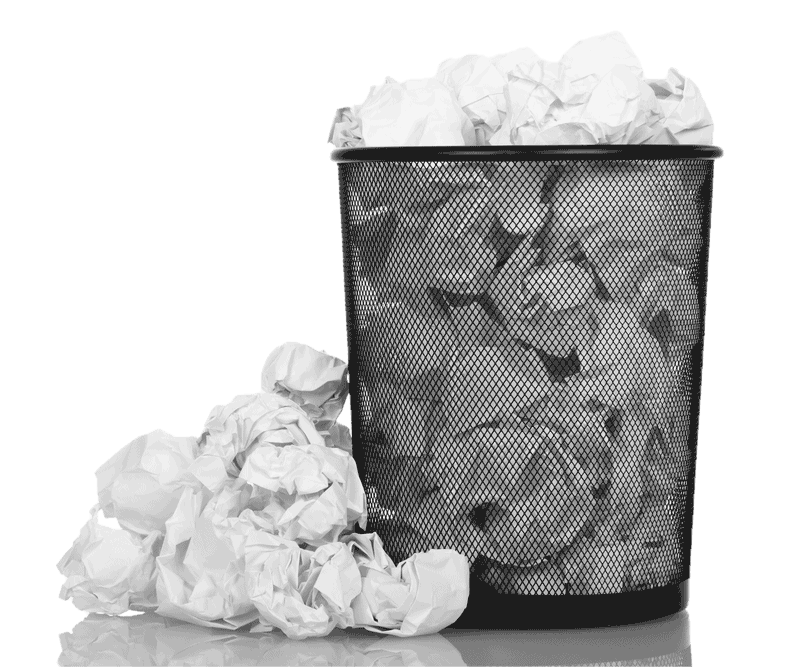 There must, therefore, be something else making these games enjoyable to play. From my own observations of running 10 Bad LARPs games, there are three major factors that seem to make a difference for players.

The most obvious one is humor. 10 Bad LARPs, to a large extent, lives or dies on its comedy, and employs a variety of comedic techniques. Two of the mitigating factors (premise is a joke and punchline) are directly tied to humor, and another (improv) is a form of comedic acting. Additionally, virtually any of the design flaws can be played for laughs in the inherently self-referential context of 10 Bad LARPs, particularly when exaggerated for satirical effect.

The second is energy. 10 Bad LARPs uses a variety of techniques to keep players energized, including uptempo music between games, quick cuts, and games requiring physical activity placed at strategic intervals throughout each collection. Additionally, the collections place all the one-minute games at the end in order to increase the momentum.

The last important factor is length. Unsustainable premises would clearly be a major design flaw under most circumstances, but virtually any premise can be sustained for ten minutes, or failing that, at least for one minute.

The shortness of the timeframe also gives players alibi in situations where players are asked to embody characters that are morally abhorrent. Sarah Lynne Bowman defines alibi as “the social contract…in which players accept the premise that any actions in the game are taken by the character, not by the player.” A short game gives players alibi to fully engage with a larp concept, or a character, that they would never otherwise for fear of embarrassment. That alibi can prove exciting and produce a surprisingly high level of engagement because of—not in spite of—the shortness of the time in which it occurs.

The design principles of 10 Bad LARPs may seem, at first glance, to be fairly specialized. Most larp writers are not attempting to write collections of over-the-top, satirical, extremely short larps. What lessons, if any, can we take from this series into our work writing other larps?

Perhaps the most evident lesson is that 10 Bad LARPs represents a convenient compendium of mistakes to avoid in full-length games. (This effect can also be seen in other metatextual satirical larps, such as An Evening With Clarence.) These design flaws, while acceptable and even enjoyable in a 10 Bad LARPs game, would be serious issues in most larps.

The fact that a short timeframe turns flaws into features hints at a larger lesson: every larp design element has a lifespan for which it is enjoyable. One temptation in secrets and powers larp design is to keep adding content and pack the game chock full of plots in order to ensure everyone has enough to do, but an equally valid strategy may be to shorten the game to fit the material. Additionally, design ideas that feel not quite right in a full-length secrets and powers larp may work well as a short vignette or as a scene in a tale-telling larp.

Finally, 10 Bad LARPs is a reminder of the power of setting proper expectations for players. It is apparently possible to create a series of games that advertises its own utter disregard for good larp design, and have players enjoy it. A similar phenomenon can be seen in Mike Young’s remake of The Cell, a faithful reproduction from memory of the second worst larp Young ever played.

10 Bad LARPs is nobody’s idea of high art, and is entirely unconstrained by the bounds of good taste. However, the series does contain non-obvious ideas that can be applied elsewhere in the craft of larp.

The majority of the 10 Bad LARPs series can be downloaded for free under a Creative Commons license from NEIL’s Larp Library.